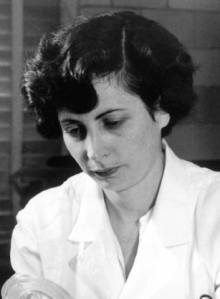 Dear Reader, is it just me or has this little series on revision taken forEVER? Yes, well, that’s the way of revision it seems. So here we go again. This is the final, and, I fear, somewhat anticlimactic post about revision in which we’ll discuss “the radical.” I’ve labeled the following revision strategies “radical” because they seem that way to me, and indeed, my heart beats fast and I want to run for cover when I think of attempting some of them. You may find these run-of-the-mill, but I’ll share them anyway for what it’s worth. If you’re just joining us, you can find links to previous installations of this series at the bottom of this post.

revise toward the strange  I’m starting out slowly, here. This is a tip Traci Brimhall wrote about on HerCircle. I’m a little torn about whether we should all revise toward the strange or not. It’s definitely a fit for what I know of Brimhall’s work, but perhaps your poems tend in another direction and you’d be better off revising toward the understated, the haunted, or the spicy. At any rate, the idea is to revise with a flavor (for lack of a better word) in mind — the flavor a particular poem requires to become most effective, the flavor this section of your manuscript requires, etc. Keeping a flavor in mind can help us avoid making small, relatively meaningless changes and calling it revision.

open heart surgery  (my heart is pounding)  Have any of your children ever needed surgery? One of mine has. It’s, well, gut-wrenching. Especially when they tell you the procedure will take 15 minutes but 45 minutes later you’re still sitting there waiting to hear that the surgery’s over. At any rate, it can be hard to think of gassing your poems and putting them under the knife, too. Which is why you should tread gingerly when you try either of the following approaches: 1) split the poem down the breastbone (ouch!) This is a strategy from Poets&Writers The Time is Now series of writing prompts. You split the poem in the middle, then write a new first half to go with the original second half, and a new second half to go with the original first half. 2) fracture the poem (warning: involves scissors). The idea is to cut your poem into chunks, then take a few of them and think about formal rearrangements, cutting altogether, changing the order, fragmenting the lines, etc. Once I did this with a partner and she cut my poem into so many pieces it was impossible to put back together in any way shape or form. I may be scarred for life; I have never gone back to that poem. So, if you’re going to do this, the key is to “cut wherever you can leave a fragment that seems to contain some resonance” (this is a quote from the author of the exercise, Chase Twichell, from the book she co-edited, The Practice of Poetry). Sometimes the actual physical separation of lines can help us see what we don’t see by just circling blocks of text and drawing arrows all over the page of a draft.

resurrection  Remember the orphanage for darlings? Or perhaps, like most of us, you have a file of failed poems? This strategy calls for going back to one of your darlings or failed poems, taking a line that feels interesting or important or as closely linked in subject area or meaning to the draft you’re revising, and to use that harvested line as the first line of the next draft of your poem. This is a variation of a revision exercise that also came from The Practice of Poetry.

have triplets  (insert deer in the headlights look here)  For the poem you’re trying to revise, write one of each of the following versions: 1) the opposite poem — opposite both in diction and in subject (e.g., “‘Hope’ is the thing with feathers–” morphed into “despair’s leaden / limbs…”) 2) the fun-house mirror reflection of your poem — a distorted, wild, upside-downy version of your poem (this one came from Sandy Longhorn’s blog — thanks Sandy), and 3) the ghost of your poem — what your poem would say if it came back to haunt the world.

don’t look a gift-poem in the mouth It happens every once in a blue moon, right? You hear this voice in your head. It’s saying “fingering the key to a door you turned / your back on.” It’s saying, “settle gently over her skin when / moonlight blesses window.” Its saying a whole poem, line after line. You’re racing for your pen and notebook. You’re scribbling the words down fast as they come. You’re in an other-worldly state — under the spell of the voice, only transcribing. You’re the recipient of a gift-poem. Reader, I know it hardly ever happens, but every now and then a poem comes out whole and is very good and doesn’t need to be revised. There’s no reason to spend time fiddling (or performing surgery) if your intuition says the poem came out whole. I’ve had this happen maybe four times in the last eight years. The gift-poem should still spend its time in the resting drawer and should get the spit and polish. But don’t bend over backwards in the acrobats of genuine revision. Instead, get down on your knees and thank the Muse, God, the Universe, the Academy, your mother, your cat, and whoever else you want to thank. Then, move on to the next draft.

abandon ship  Does this sound the worst of all? What I mean is simply to give up. That’s right, I said give up. Maybe even forever. There are some drafts that are just not going anywhere. This is part of the writing and creative life. It’s okay to say, “I don’t think I’m ever going to get this one right, and I’m done trying.” Of course, if you’re an optimistic soul, you’ll want to put it in your file of failed poems in case you want to try resurrecting it one day.

So, that’s the radical, Reader. Do you have any radical revision strategies? If yes, please share them in the comments. I’ve enjoyed this conversation on revision, and I’ve learned (or re-learned) a lot just by gathering all my revision tips and strategies under one roof. Which reminds me, I should do the same for my socks.

And, if you need them, here are the links to the other parts in the series:

Reader, happy halfway-through-poetry-month, and happy re-vision to you.

8 thoughts on “on revision: surgery, funhouse mirrors, and abandoning ship. or, the radical.”